Posted by Joel Gunz on August 29, 2005
In Alfred Hitchcock's morally complex drama, The Skin Game (1931), there's enough family, business and sexual intrigue to fill a season of the 1980s TV show Dallas. To wit: A young woman with a sordid past, Chloe (played with 19th century Gothic pathos by Phyllis Konstam), is used as a pawn in a blackmail scheme in order to derail her father-in-law's real estate development plans.

Tormented by the fact that her days as a prostitute have come back to haunt her, Chloe experiences a hallucinatory recollection of the saloons she worked, which become subsumed by a succession of the looming faces of her johns. 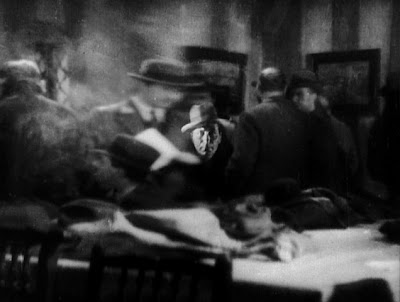 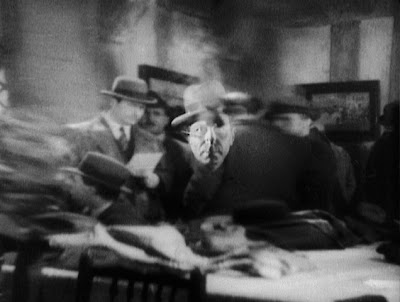 A lesser director would have portrayed her inner angst with a more straightforward flashback montage, or, worse, expository dialogue. This weird scene seems to have no precedent in any previous film, yet anticipates Scottie's head in the nightmare scene from Vertigo as well as advertising and poster art from the fifties that frequently depicted "severed" faces (all chin and no neck) floating over a sea of typography. As such, it belongs more in the mid-century modern artscape than it does in the gaslit post-silent era. 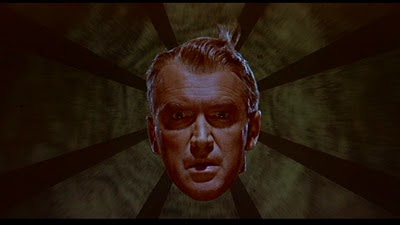 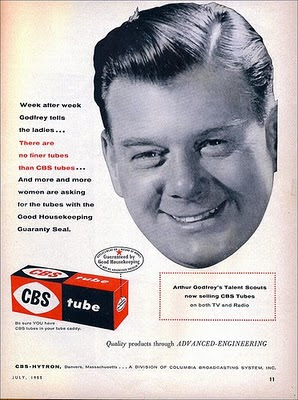 One other recurring image from The Skin Game that got my, er, head spinning: throughout the course of the film, several characters catch cold. There is no explanation for this bug's existence in the movie -- it just is. I'm reminded that each of the characters acts with both noble and selfish intent, and it is hard to tell which is which. In fact this is an important theme in the movie: few of us act with unalloyed "good" or "bad" motives. That cold bug may suggest that we all share a common malaise; that no matter what side of this or that issue we might stand on, we are all united by our humanity -- with all the greediness and goodness it implies.
Alfred Hitchcock Arthur Schopenhauer Film Criticism Film Philosophy Film Studies Joel Gunz Movies The Skin Game Vertigo

baz said…
Hypocrisy is a theme worth considering in this film. Both Hornblower (a non-conformist ‘chapel man’) and the Hilcrists (Church of England) would be familiar with the teaching ‘Let him who sins cast the first stone’
Chloe is the woman caught in sin. Hornblower thinks little of evicting his tenants or using his power to remove anyone or anything that gets in his way - exploitation. The Hilcrists are prepared to stoop to blackmail to get what they want. Hitchcock (and Galsworthy) portray the blindness to our own ‘sins’ and our preparedness to castigate others for theirs so well. Very true to life!!
May 8, 2021 at 8:18 PM