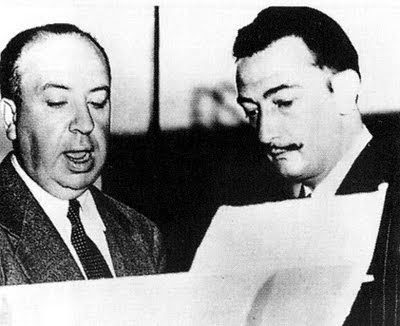 In his 1960 essay "Why I am Afraid of the Dark," Alfred Hitchcock demonstrated a keen grasp for his place in the history of arts and culture. He noted that his work has elements of surrealism, which, in turn, was partly inspired by Edgar Allan Poe, whose torch Hitch carried. He wrote:


"And surrealism? Wasn't it born as much from the work of Poe as from that of [French surrealist] Lautreamont? This literary school certainly had a great influence on cinema, especially around 1925-1930, [Hitch's formative silent film years], when surrealism was transposed onto the screen by Buñuel... Rene Clair... Jean Cocteau.... An influence that I experienced myself, if only in the dream sequences and the sequences of the unreal in a certain number of my films. [I try to tell a] "perfectly unbelievable story with such a hallucinatory logic that one has the impression that this same story can happen to you tomorrow." [(Italics mine.)]

When most people think of surrealism, Salvador Dalí's melting clocks and Luis Buñuel's icky eyeball slicing in Un Chien Andalou are the first images that come to mind. But those artists had explicit political aims. They sought to disrupt the human psyche in much the same way that terrorists disrupt society through random violence. Surrealism was primarily a revolutionary political movement; art was its by-product. 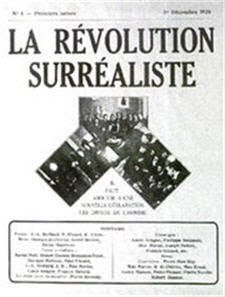 Here are a few thoughts from Wikipedia:


"Surrealism as a visual movement had found a method: to expose psychological truth by stripping ordinary objects of their normal significance, in order to create a compelling image that was beyond ordinary formal organization, in order to evoke empathy from the viewer." 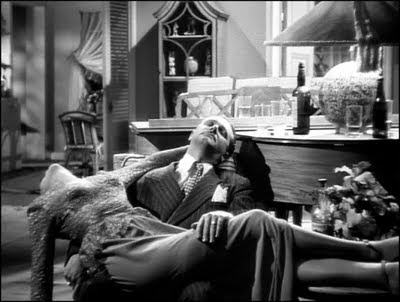 Gleefully irreverent, this role-reversed Pietà from Alicia Huberman's party in Notorious could only have been conceived of by an iconoclasting surrealist. 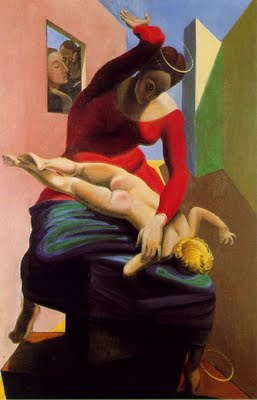 Hitchcock told François Truffaut that he "practiced absurdism religiously." In fact, he described North by Northwest as a "fantasy of the absurd." 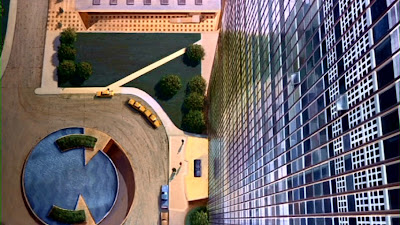 From this high-angle point of view at the United Nations building, Roger Thornhill (Cary Grant) seems about as significant as an ant as his nightmare intensifies. Summing up the film's artistic and political statement, this matte-process shot is as surreal as anything by Dalí.

I don't think Hitch dropped absurd surrealist flourishes into his movies just to imbue them with a sense of the weird (though that was a motivation too). He was critical of the international political scene of his day and was ambivalent about who were the good guys and who were the bad guys.

Those messages are loud and clear in Saboteur, Rope, NxNW, Topaz and more. The anarchist politics of Surrealist Manifesto author Andre Breton and the early surrealists influenced Hitch's own politics, appealing to his own revolutionary artistic sensibilities. (Read more about them in my August 22, 2005 post.) In the case of NxNW -- a critique of the Cold War -- it made sense to use surrealism and the absurd to express his feelings about the tragic absurdities of the Cold War. Wikipedia continues:


"The characteristics of this style - a combination of the depictive, the abstract, and the psychological - came to stand for the alienation which many people felt in the modern period, combined with the sense of reaching more deeply into the psyche, to be "made whole with one's individuality."

14 years earlier, the Dali-created dream sequence of Spellbound got all the attention in that movie. 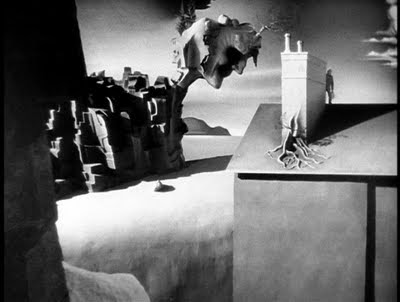 But there are several more surreal touches in that film. 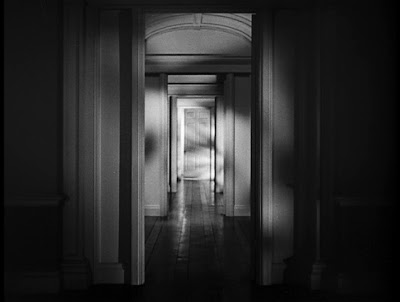 The series of doors that whip open during Constance and J.B.'s kiss (Ingrid Bergman and Gregory Peck) symbolize the doors of her subconscious flying open -- a surreal, symbolist touch. 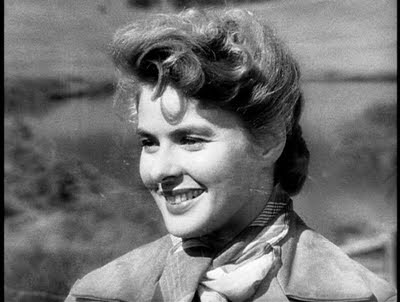 My favorite non sequiter in all cinema: when lovestruck Ingrid gushingly asks for "liverwurst!"

Breton once declared that "the purest surrealist act would be to go into a crowd and fire a gun at random." Hitch neatly pulled that idea off at the end of the movie, offering up a close-up of a suicide gun that fires into the audience, followed by the non sequiter of Gregory Peck and Ingrid Bergman laughing it up at the train station. 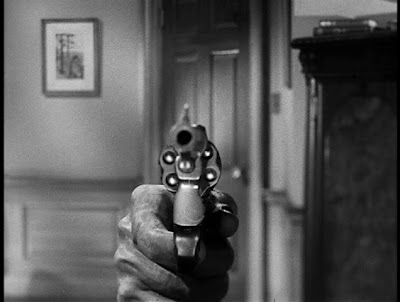 Bang! You're dead.
Hitch would have liked to do more of this kind of thing in the film, but his conflicts with Selznick prevented it. 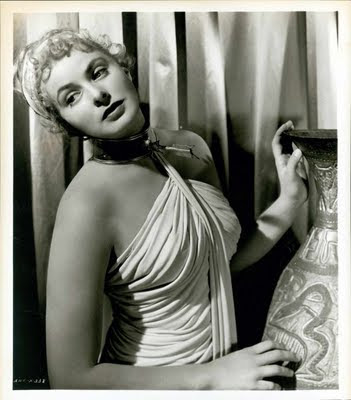 Anonymous said…
I TOO love Bergman's famous utterance of: LIVERWURST! How funny! I thought I was the only nut out there who loved that line AND the way Bergman said it.

Frederic Kahler said…
A great later example of Surrealism in Hitchcock's films is THE BIRDS, which drips of it. One early example is the close-up shot of Tippi Hedren's glove hand: blood appears on the outside of the glove on the inside of the hand, mimicking her hidden red nails.
October 2, 2017 at 6:01 AM