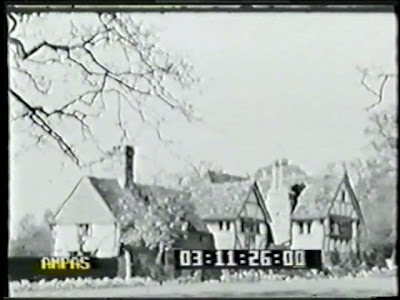 The Hitchcock Manse at Shamley Green, circa 1935
In 1928, while his wife, Alma, was pregnant with their daughter and only child, Patricia, Alfred Hitchcock purchased a cottage in Shamley Green, a small village about 30 miles outside of London. He soon set about expanding and remodeling the residence, capstoning the project with stone carvings of the letters A and H that had been reclaimed from the recently renovated Houses of Parliament. According to the London Telegraph, the home is now up for sale for the asking price of £2.5 million. (Hitch had paid £2,500 -- £116,000, adjusted for inflation).The man who made a generation of women afraid to bathe in their own showers apparently had a phobia of his own in this regard: none of the bathrooms in the Tudor house have shower heads. Take a slide-show tour of the home.

Although Hitch and his family generally spent only their weekends here, according to The Complete Films of Alfred Hitchcock, "his fondness for Shamley Green was one reason why he did not accept the American offers he constantly received." He spent his off-time there pottering around the garden and entertaining friends. It seems to have been a real retreat for him. According to Donald Spoto, he was visibly more relaxed here than at his weekday flat in London and his happiest hours were passed at this home. Many Hitchcock films allude to a "lost paradise" motif or symbolism; I suspect that, for him, the house at Shamley Green was a return to that paradise-like place, as these stills from their home movies suggest. 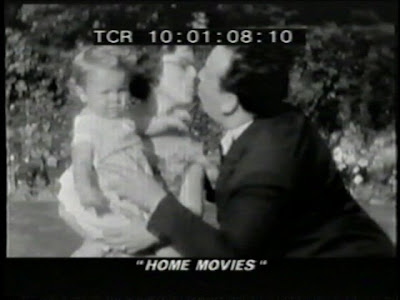 Alfred and Alma share a kiss with young Patricia. 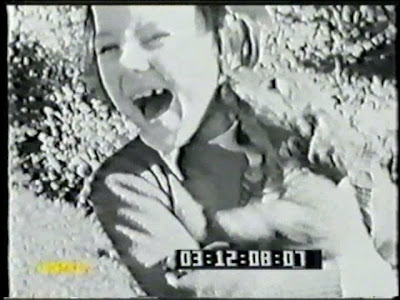 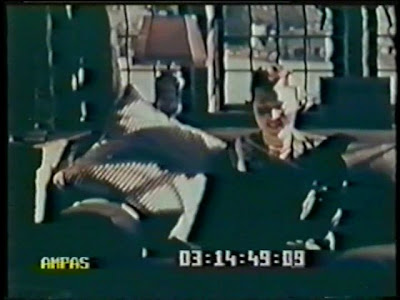 Eventually, of course, Hitch succumbed to the lure of Hollywood, leased the house out and moved to California in 1939, ending up at 10957 Bellagio Road in a house whose "variety of textures" (according to Spoto) reminded the Hitchcocks of Shamley Green. Meanwhile, during World War II, fleeing German bombing raids in London, his mother and brother took up quarters at a cottage adjacent to the house, but neither were to survive the war and Shamley Green went empty. Finally, reluctantly, Hitch sold the house. But his love for that old place remained and several years later the director named his television company Shamley Productions.

You mentioned that you've seen all Hitchcock movies but one. I was just wondering which is the one you haven't seen.
April 26, 2008 at 2:41 PM

Anonymous said…
Hitchcock seems to have a fascination with the color green (esp. in North by Northwest.) Can you shed any light on why this would be?
May 19, 2009 at 7:16 AM