Posted by Joel Gunz on April 10, 2008
One of the fascinating aspects of Alfred Hitchcock's Psycho is its strategic use of fine art to help reinforce thematic and dramatic elements of the film. A discussion of the identity and -- more importantly, to me -- the function of the painting that hangs in George Lowery's office has been picked up at the Hitchcock Wiki discussion forum. Many of the comments in there are very interesting and I encourage you to check it out.

A couple of the comments (along with Dave Pattern's intriguing comment to yesterday's post) suggest that the figures are "looking" at Marion Crane. I like that idea. Throughout the film, Marion is the subject of "the gaze." She is leered at by tycoon Tom Cassidy, 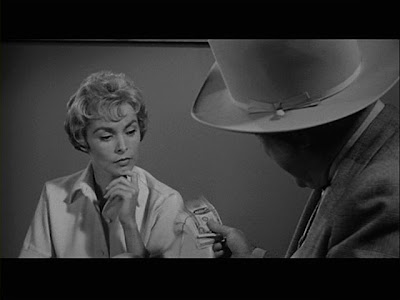 scrutinized by a suspicious cop 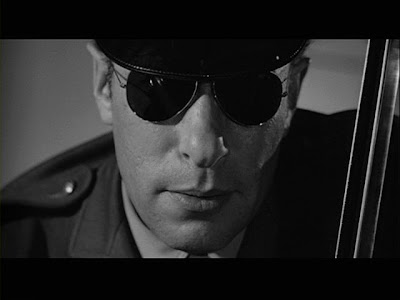 and peeped at by Norman Bates. 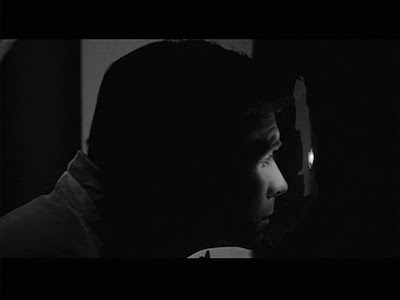 Male audience members in 1960 (or 2008, for that matter) would have a hard time taking their eyes away from the screen, as she spends much of her time in her underwear if not in the nude. The audience's role as peeping tom is underscored by the voyeuristic opening shot of the film in which the camera enters the Phoenix, Arizona hotel room through an opened window. 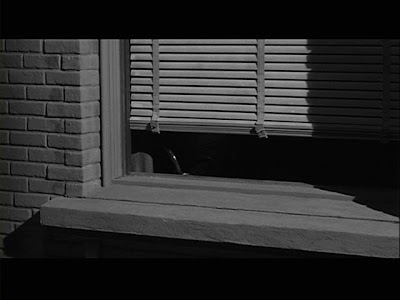 We are duly rewarded with this view: 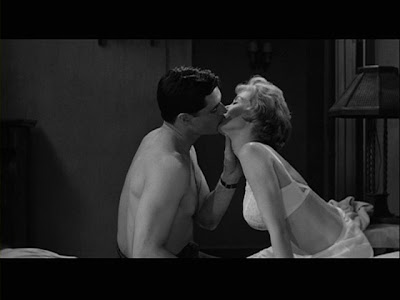