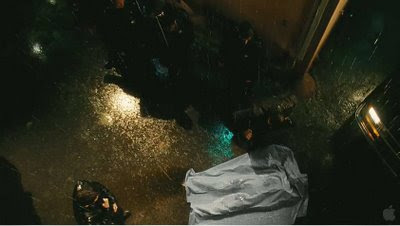 Another one bites the dust in this remake of Alfred Hitchcock's classic film The Lodger.

The blogo-Hollywood industrial complex is abuzz with news that the eagerly (or not?) anticipated remake of Alfred Hitchcock's breakout film The Lodger will soon be released. See the trailer here.
While I hold a special place in my heart for loyalists who would like never to see a Hitchcock movie or any other classic remade – most likely, poorly – I can't join them in their scorn for this remake effort. After all, how proprietary of a stance could even Hitch himself take? Based on the true story of London’s Jack the Ripper, numerous stories, plays, books and even one opera had dealt with the subject even before Hitch took his turn in 1927. The Marie Belloc-Lowndes novel that was the basis for the Hitchcock film was adapted for the screen at least three more times, by Maurice Elvey in 1932 and starring Ivor Novello, who reprised his title role from Hitchcock’s film; by John Brahm in 1944; and as Man in the Attic in 1953. 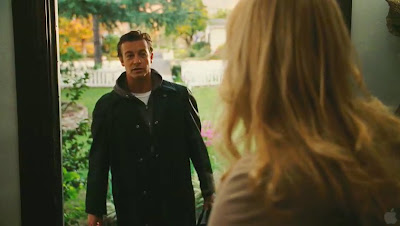 Simon Baker as the tenant who came to dinner - and maybe a bite of something more.

Besides, the 2009 Lodger moves the setting from London to West Hollywood and, if the trailers are any indication, the city’s haunting fog is replaced with a lot of noirish rainfall (and, to hazard a guess, Los Angeles smog). I’d say these changes alone make the film more of a kissing cousin to the original than a bastard child. I think just about anyone would agree that, among all the film adaptations of the novel, Hitchcock’s is the best. But keep in mind, it is silent. It was shot in grainy (to modern eyes) black and white -- not the creamy Hollywood film stock that wasn't invented until the 1930s. Seriously, who’s going to throw their remote control down and add it to their Netflix queue? Thanks to the 2009 remake, however, renewed interest is being generated in the original. Visits to the 1927 version’s IMDb page are up 41%. (That number would likely be higher, except that the 2009 version’s IMDb listing states that it is a remake of the vastly inferior 1932 film, linking visitors to that page, where visits are up 125%. Methinks that whoever contributed to the 2009 Lodger IMDb page – probably a studio rep – is hoping to divert attention from the Hitchcock masterpiece and thus avoid any unfavorable comparisons.) 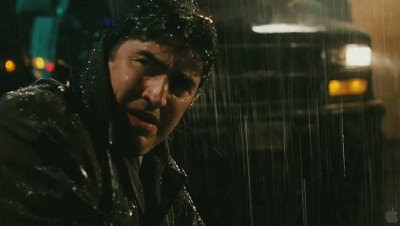 Why does Alfred Molina remind me of Walter Matthau in his serious roles?

I plan on seeing the new Lodger when it comes out. Rumor has it that it may go straight to video – yes, it might be that bad. That said, Alfred Molina and Hope Chase always bring interest to the screen. And if I can use the 2009 Lodger to help people to give the 1927 original a chance, then it’s done its job to keep Hitchcock’s masterpiece relevant.
Alfred Hitchcock Alfred Molina Hope Chase Ivor Novello Jack the Ripper Simon Baker The Lodger