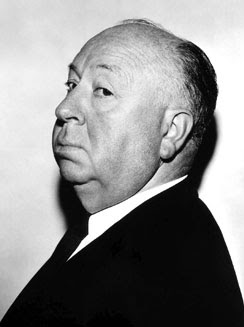 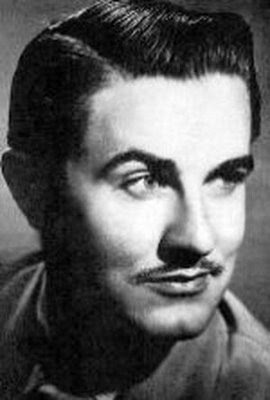 Hitch and Wood: A fruitful collaboration.
A demolition crew working near the vaults at Universal Studios has recently discovered a cache of incomplete film credited to Alfred Hitchcock and D-movie genius Ed Wood as co-directors. Although their work went unfinished, these celluloid fragments -- and a helpful script treatment -- tantalize film buffs about what could have been.

Blight, a story about a cross-dressing vampire falsely accused of selling U.S. state secrets to a shadowy network of clergymen, schoolteachers and gentleman farmers covers themes familiar to fans of both Hitchcock and Wood. Its plot devices such as the accused man-on-the-run, moral relativism and Cold War sexual politics are vintage Hitchcock. But the vampires and transvestitism are all Wood—though preview audiences definitely track a straight line from reel #3's Prince Necrono and Norman Bates.

The 17 minutes of footage consists primarily of screen tests and second unit research. There is, however, one 2:48 reel in which Hitchcock rehearses his cameo, repeatedly stepping off of a street corner and being splashed by a taxi as it hits a nearby puddle. This scene fascinates me as it demonstrates Hitchcock’s attention to detail with regard these seemingly off-the-cuff, brief walk-on appearances. In this, I see a Chaplinesque perfectionist streak.

They say Hitch never made a monster movie in the tradition of Dracula, Frankenstein or The Werewolf. Ordinary human behavior was monstrous enough for him -- or so we've been led to believe. Further, auteurists hold that he would never share directorial credit in this way. Such doctrinaire historical views may soon be drastically reconsidered as these newly-discovered film clips speak for themselves.

I have a friend-of-a-friend who promises to get me copies of this footage soon. Check back in tomorrow.
Alfred Hitchcock Ed Wood

Alexis said…
Joel- I wanted to tell you that I have awarded you the splash. check it out here-- http://ingridbergmanfilms.blogspot.com/2009/04/splash-award.html

Thanks for all of your support and you're amazing work! I am glad to have found a fellow geek on blogger and twitter!!
(imagine Notorious or Spellbound theme music as you receive this!)
Alexis
April 15, 2009 at 9:55 PM

CLOSED said…
I'm just now reading this for the first time, and I love it. That would've been quite a collaboration if it were true. Jesus, could you imagine the final cut of the film? Whose vision would dominate?
May 9, 2009 at 3:28 PM

Alexis said…
I have given you the Friendly Blogger Award-- http://ingridbergmanfilms.blogspot.com/2009/05/friendly-blogger-award.html keep up the great work!
May 11, 2009 at 7:12 PM

Lolita of the Classics said…
I can't wait to hear more of this! I still can't get it into my head... Hitchcock. And. Wood. Totally unpredictable, to say the least! Fascinating, none the less.
May 25, 2009 at 6:16 PM

Lolita of the Classics said…
Hahahaha, oh no. Not funny. April fools? Okay, I'm a dumb Swedish girl. But sure as heck, it was brilliant! (Can I hide somewhere deep in the Earth's most inescapable hideouts?)
May 25, 2009 at 6:17 PM