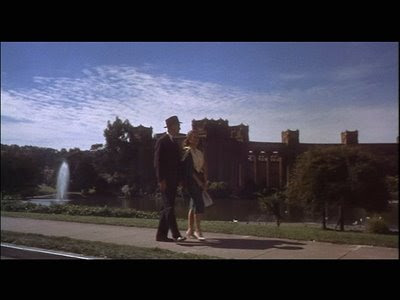 By visiting San Francisco's Palace of Fine Arts, Scottie Fergusen (James Stewart) tries to restore the past in Vertigo.
Take a 100-second tour of Alfred Hitchcock’s 53 films and certain favored settings will emerge: elegant mansions, quaint villages and towns, pristine gardens and forests. Yet, always an Imp of the Perverse, he injects these picturesque locales with evil, like squid ink spewed into a coral reef.
.
In all of those films, there is only one whose characters are immune to his toxins: The Trouble with Harry. The inconvenient corpse that shows up on that Vermont town's front lawn is accepted into their community as casually as if he had been more, shall we say, ambulatory. As mentioned in my May 26 post, this movie gives us a "Candide"-esque view of "the best of all possible worlds," whose inhabitants follow Voltaire’s dictum that "we ought to tend our garden." What would a society that follows that pragmatic advice look like? I think it might resemble the community that inhabits Harry.

Harry is as close to Utopia as anything Hitchcock could have dreamed up. Lovingly filmed in wide-screen VistaVision, its opening scenes depict an idyllic New England setting resplendent in brilliant Autumn foliage. That's the first clue that we have settled into yet another of Hitch’s Edens. 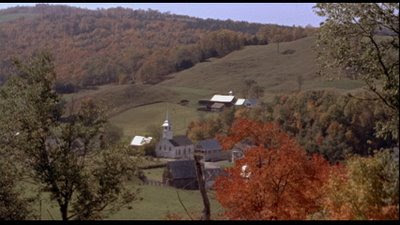 Small town idyll in The Trouble with Harry.

What goes on in this pleasure garden? Whatever you please.

Take, for instance, the handsome bachelor-artist Sam Marlowe (played by Adonis-in-Brylcreem John Forsythe) who has no need for cash, thanks to the unlimited credit line offered by local storekeeper Mrs. Wiggs (Mildred Dunnock), who in turn seems impervious to the negative cash flow his patronage must surely entail. There’s also the local red-headed Aphrodite, Jennifer Rogers (21-year-old Shirley MacLaine in her first screen role) who supports her rambling farmhouse by apparently independent means. The only individuals with a seemingly steady source of income are the elderly pensioners Capt. Albert Wiles (Edmund Gwenn) and Miss Ivy Gravely (Mildred Natwick).

The only flaw in this Greco-Roman canvas comes from the presence of Deputy Sheriff Calvin Wiggs (Royal Dano)—but no matter. Aside from the occasional annoyance of an impromptu visit, he’s harmless and easily mocked right out of the scene. In this town, the rule of law is effectively irrelevant; nevertheless, everyone gets along fine and peaceably, tending the garden under their purview.

It is just as Hitchcock scholar Lesley Brill described. They enjoy "a life in which human beings are complete and fulfilled, justice prevails without the rigidity and inaccuracy of law, and the world and its inhabitants live in harmony retrieved from the corruptions of experience."

Brill even sees this as “the essential dream that nourishes Hitchcock's work as a whole."

Where did he get such an idea?

Remember, he was a product of his time, and such "lost paradise" symbolism was part of the language of 19th and early 20th century art and literature. Further, he was a committed Surrealist and Symbolist: "lost paradise" tropes were all over those movements. I think "Candide" figures in as well. 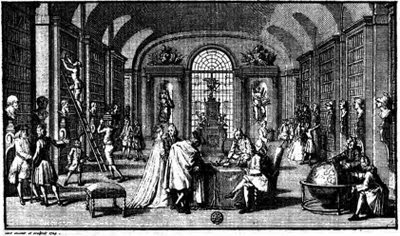 Written in 1759, this classic novella is a model Paradise Lost story. Recall that the story begins in "the finest, most agreeable castle possible." Candide is soon evicted from it, however, in a scene evoking The Fall. Joined by several other characters that he has picked up along the way, they end the novel in a garden of their own making, after first passing through several others, some of which may be false. In short, Candide is a story about seeking and returning to Eden.

And return to Eden they do, though the garden that they tend at the end is a far cry from the palace from which Candide had fallen. Though that randomly assembled group ends up making rueful, provisional peace with its fate, their optimism is as questionable as the "open-ended pessimism" that has been attributed to Hitchcock’s films. Voltaire and Hitchcock, had, it seems very similar jaded, yet cautiously hopeful (or ambivalently pessimistic), views.

Shadow of a Doubt (1943) is another of Hitch’s Paradise Lost films, though it might more accurately be described as "Paradise Scratched." In this case, evil arrives in a cloud of black smoke as the suave Mephistopheles, Uncle Charlie Oakley (Joseph Cotten) disembarks from a coal-burning train to land in Santa Rosa. On the run from the law, he has one real purpose: to scratch and pick at the veneer of small town respectability and reveal its uglier truths.

With this film, identifying the clues to the locale’s garden-like character could be a drinking game. Take a swig from your beverage of choice each time garden imagery pops up. Starting with that small town’s name (gulp), flower and garden imagery is everywhere: 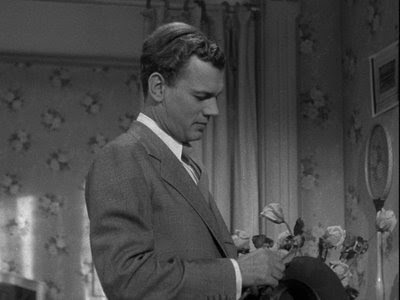 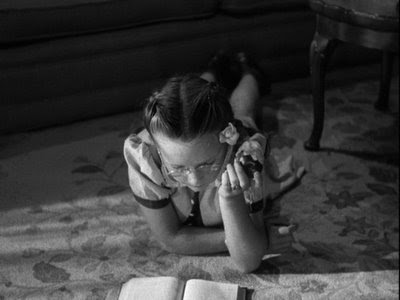 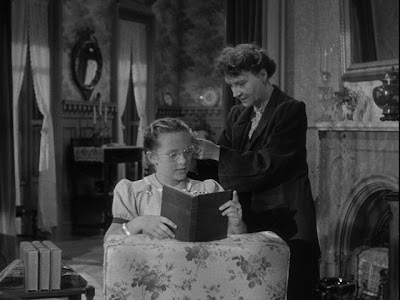 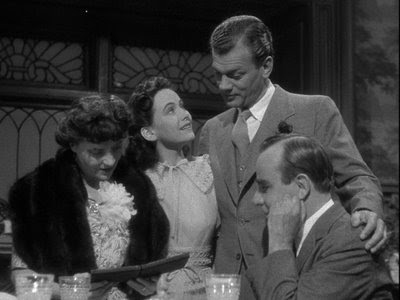 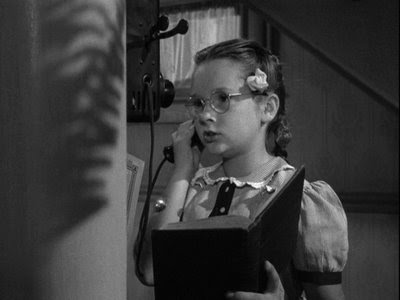 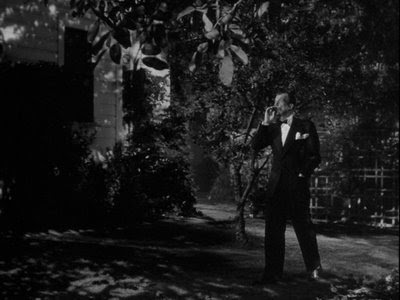 Into this world Uncle Charlie slithers, like a serpent in the Garden of Eden.

Just Mary said…
I was completely unfamiliar with this film. Thank you for enlightening me.
August 25, 2009 at 2:56 PM

bernardus bloch said…
I saw Shadow of a Doubt yesterday for the second time, but your writing about it makes me realize there is still a lot more to discover yet,