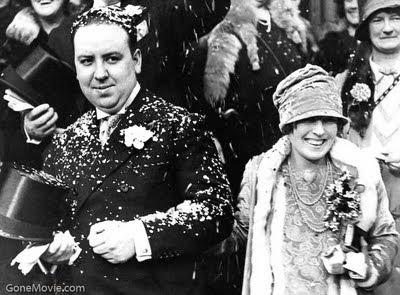 Hardly a day goes by that I don't think about Alfred Hitchcock. I dream of meeting him, but I fear that if that were to happen in an alternate universe (or heaven, I suppose), it might be a rather awkward encounter. I might even feel a bit intimidated. And so, in my dream, I meet someone else first: Hitchcock's wife, Alma Reville. If she liked you, Alma could be relied upon to grease the wheels of friendship between her guest and the great director. Plus, I hear that she made a mean Beef Beaujolais, so if the meeting was a flop I imagine I'd still have had a wonderful dinner.

Alma's profound, yet generally unsung, contribution to Hitch's films has only recently begun to be acknowledged. As film historian Charles Champlin once wrote, “The Hitchcock touch had four hands and two of them were Alma's.”

According to IMDb.com, she is credited with writing contributions to 29 films for Hitch and other directors. She also served in a variety of other capacities, including editor and assistant director. Like her husband, she understood filmmaking from the ground up. Thanks to her first-rate intellect, coupled with fierce determination, she was a film pioneer in an era when film—not to mention women in the workplace in general—was yet silent. As screenwriter Whitfield Cook (Stage Fright, Strangers on a Train) says, “Alma was truly a filmmaker. I can sincerely say from personal experience that I don't think Hitch's films would have been as good without Alma.” 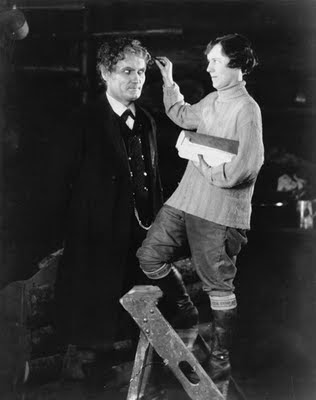 To those who knew her, however, she was content to be Alma, a gracious host and a thoughtful friend. She was a superb cook whose souffles were like her friendship itself: they never failed and always rose to the occasion. If her hand in the Hitchcock touch has been overlooked, it's mainly due to her modesty, which seems to have sprung from deep place of ego-security. She simply had no need for that kind of attention.

By contrast, Hitch seems to have harbored a great deal of insecurity and fear. Yet, his public never really knew about that. For that we can also thank Alma, who was his staunchest defender and supporter and the only person to whom he revealed his vulnerable side. Because his films deal with the dark matter that resides in human nature, critics and fans alike have long assumed that Hitch himself was a bit “mogo on the gogo”—an armchair diagnosis that shows up Spellbound (1945). If you want an idea of what Alma's view of him might have been like, pop in a DVD of that movie. Gregory Peck plays “J.B.,” a man stripped of his identity and accused of being a homicidal maniac. As her name aptly implies, Constance Peterson (Ingrid Bergman) refuses to succumb to such thinking, even when the learned Dr. Brulov (Michael Chekov) pooh-poohs her defense of him, saying, “We are speaking of a schizophrenic, not a valentine.” She replies, “We are speaking of a man.” With those six words, she gathers up her interlocutor's collection of Freud's writing and hurls it back at him. I see that as Alma's rejoinder to hamfisted biographers who would conjure up demons in Hitch's psyche where there are none. 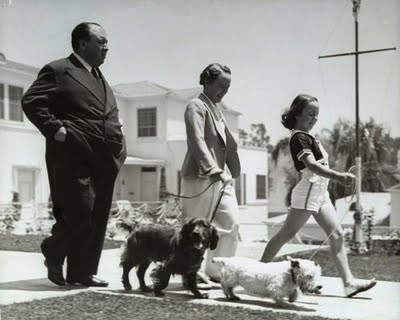 Patricia Hitchcock O'Connell, wrote a memoir about her mother, called Alma Hitchcock: The Woman Behind the Man. When you finish this post, do yourself a favor and get yourself a copy. It remains as good a view of this extraordinary woman we will likely ever get. Here are a few excerpts:

“I remember meeting Pat, Hitch and Alma for the first time at the exact same time. I went to [their] house and the first thing I realized was that they were all real people—no Hollywood stuff, very real and very, very nice.... I was quite crazy about Alma because she was so gentle and yet so strong. I don't think she cared that people thought she was working in the shadow of Hitch. She adored Hitch and she loved working with him.... Alma was very short but extremely attractive, and part of that attraction came through her intelligence and warmth.... One thing I did notice about her was that she never talked about herself and she never talked about the past. She had been a pioneer in the silent era, but she never made a point of mentioning it.”

Connie Erickson (wife of favored Hitchcock Production Designer) on meeting the Hitchcocks for the first time, at what the Hitchcocks referred to as “The Ranch” in Santa Cruz:

“[There were] colorful hanging baskets of begonias everywhere. Only the English can do so well with their gardens and flowers—a built-in talent. Being so young at the time, I was a bit nervous, but once we got to the Hitchcock home, I felt at ease and we spent a couple of delightful days, eating (Alma cooked the meals and Hitch chose the appropriate wine) and relaxing. Alma was the perfect hostess because she was so simple and understated.

“Years later, I flew to London with Pat for the Hitchcock hundredth birthday celebration. We took the train to Nottingham where Alma was born.... For some strange reason, Nottingham seemed familiar to me. It was then that I realized that Alma had recreated the beautiful feeling of the city where she grew up in the house in Santa Cruz. Nottingham, I found out, is known as the flower city of England. Like in the Santa Cruz home, there were flowers everywhere. And no doubt, Alma was one of them.”

Although she was opinionated and contributed a great deal to any conversation, Alma never talked about the past. And she never pushed herself forward. The only ego she displayed was in her presence—she was really there, she did not disappear.

Nurse Betty Losher, who cared for Hitch in his final days:

“The relationship between Mr. and Mrs. H was a respectful, collaborative, loving and protective one. For instance, after one of the drafts of The Short Night [(Hitch's final screenplay, never filmed)] was completed, Mr. H brought a bound copy to his wife. He asked if she would read it the next day and she said she would. I remember the next morning, while Mr. H was at the 'stuuuudio,' she read the entire script, stopping only for lunch. She finished it after tea and waited for him. I was with her in the main room when he came home. He walked straight through the foyer to see his wife. 'Well, what do you think?' In her soft voice but loud enough for him to hear her, she replied, 'Quite good. Quite good.' To my surprise, he completely fell apart and wept.... The next morning, I overheard Mrs. H ask, 'Whom do you see as the detective?' He immediately replied: 'Peter Lorre,' followed by, 'But we don't have him anymore.'”

Alfred Hitchcock cut a large figure in more ways than one. Yet, Alma lived in no one's shadow. She was and always will be Alma Reville. With begonias and Champagne, Happy Birthday, Alma.

For a bit of fun, have you read George Baxt's "The Alfred Hitchcock Murder Case"? Young filmmakers Hitch and Alma are fictionalized as amateur detectives in a fun and respectful outing. Baxt did a series of such movies with classic stars and I love 'em.
August 15, 2011 at 5:34 AM

I live in constant adoration for Sir Alfred and I've always thought that Alma was just the coolest thing ever.

I'm definitely going to check out that book!

When one looks at so many of the great genius filmmakers, one often sees crazy and tragic lives. Not so with Mr. Hitchcock. I'm sure Alma had a huge part in that.

I just love her! And Pat too. A couple years ago I sent her a completely dorky fan letter (I must have been 14 at the time). And she graciously responded with a simple, handwritten note. It was so exciting!

Joel Gunz said…
Hi Caftan - Nope, I haven't heard of that book. Though I like the idea of putting Hitch in fictional situations - since it was something he liked to do himself!

Millie!! - Thanks for your note. I agree, genius and mental stability rarely go hand in hand. I'd love to see your note from Pat - can you scan and post it? your 2011 tribute to his B-day was awesome. Readers can find it here: http://classicforever.blogspot.com/2011/08/3rd-annual-hitchcock-birthday-bash.html
August 16, 2011 at 1:10 PM

Dan Auiler said…
Joel--Moving, personal--a tribute I know Hitch would have been proud to read. Some artists remain outside of us, distant, elusive. Hitch and Alma have not. They find their place inside our psyche, and like family, remain comfortably there forever.
August 17, 2011 at 8:13 AM

Juliette said…
Thanks for that, I knew nothing of Alma, I assume therefore that Alma is who Helen Mirren will play to Anthony Hopkins Hitch in the movie 'Alfred Hitchcock and The Making of Psycho'.
September 15, 2011 at 1:31 AM

Anonymous said…
This comment has been removed by a blog administrator.
November 3, 2012 at 6:47 PM