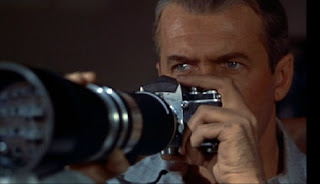 See what people who watch my blog are saying about it!

"Alfred Hitchcock has attracted a legion of writers and commentators since his death 1980.  Only a few of these writers contribute something new to the canon. Of those few, Joel Gunz is surely to be counted.  His analysis never reads like analysis--he is, as the best critics can be, a revealer who pulls together the pieces in a way that provokes one "aha!" moment after another. Hitchcock scholarship and popularity now rests partly in the hands of those who write about him. The master of suspense could not ask for a better writer to present his continued story to the next generation. I was about to write the next generation of Hitchcock fan—but a Joel Gunz reader cannot help but become another Hitchcock Geek."
—Dan Auiler, author of Vertigo: The Making of a Hitchcock Classic and Hitchcock’s Notebooks

“Joel Gunz stands apart from the seemingly endless stream of new books, blogs, and out-of-left-field scholarly approaches to Alfred Hitchcock with a refreshing perspective and insights that often found me saying, ‘Wow, I never knew that!’”
—Steven DeRosa, author of Writing with Hitchcock

"Your succinct, pithy, clever formulations are the converse of those wearisome academic articles that make just one or two good points in the space of ten or a dozen pages, or those 'popular' surveys of Hitchcock that trot out the same old stuff just slightly re-worded from countless predecessors!"
—Ken Mogg, author of The Alfred Hitchcock Story and editor of "The MacGuffin."

“The best Hitchcock blog on the Internet.”

– Jim McDevitt and Eric San Juan, co-authors, A Year of Hitchcock: 52 Weeks with the Master of Suspense


“Gunz keeps an entertaining and informative blog about the master.”
– Shawn Levy, author of Paul Newman: A Life and Ready, Steady, Go!: The Smashing Rise and Giddy Fall of Swinging London and film critic for The Oregonian.

“One of my favorite blogs, Alfred Hitchcock Geek, happens to be produced by Portlander Joel Gunz.”
– Matt Davis, journalist, The Portland Mercury and The Lens.

“This guy knows what he's talking about when it comes to Hitchcock.”
– Dan Mecca, co-founder, The Film Stage

“i think i love Joel Gunz. he might be a bigger Hitchcock geek than me!
– Ashley LaFerriere, blogger, The Random Ash

"If you like Hitchcock, this is the site to visit."– Jordan Kerfeld, film editor

“Joel Gunz is officially my Hitchcock expert that I will from now on go to for info. I hope you will as well.... This is definitely a site to check out!”
– Josh Williams, blogger, Good Luck Exploring The Infinite Abyss

“F-ing brilliant! You are a genius!”
– Wrapstar

“Some fun reading about one of the best!”
– Nanc Smith, freelance writer

“Are you a huge Hitchcock fan like I am? Check out Joel Gunz and his Alfred Hitchcock Geek blog.”
– Loren McDonald, vice president, SilverPOP

“Great Hitchcock blog by Joel Gunz and well worth a look if you're a fan like me.”
– Richard Dewisk, director, Makak Media

“I think I am in love with you, although I do not know you!Vertigo is my favorite movie ever.”
– Ashley V. Routson, blogger, The Beer Wench

“I love your Hitchcock blog. LOVE.”
– Monica Sotto, blogger, Eldest and Only

“Your blog is a dream come true for Hitchcock fanatics!
– Dark City Dame

“This blog is fantastic! I am going to put a link to your blog on my "blogs of note" list since I think it's amazing!”
– Miss Coryn, blogger, Oh La La Land

"Joel has created a new favorite hangout, Alfred Hitchcock Geek. ... I thoroughly enjoy his pages and I suggest that you check them out!"
– Alexis Morrell, blogger, Ingrid Bergman Life and Films

"Awesome blog if you're a big ol' nerd for Hitchcock."
– Kim, blogger, The Girls Can't Help It

"Joel Gunz writes an amazing blog about Hitchcock & his movies. Old school cinema fans should check it out."
– Suntprost

Cynthia Fox-Giddens said…
Your blog is the best. I know just where to go for everything Hitchcock. Mad props indeed!
December 12, 2011 at 9:37 AM